The Interview Waiting Game: When it is time to give up?

We’ve all been there: An interview went quite well, or at least they did not throw you out of the door after ten minutes. Everyone was smiling, shaking hands, and you actually didn’t remain silent after any of their questions. Sure, there were also other candidates, and you have no idea how well they fared, but you didn’t feel too bad about your chances. Yet nobody is calling. No message from an employer in your inbox either. How long should you wait? Do you still have a chance to get the job, after a day, week, two weeks, a month? We will try to find the answers in this article.

First of all, you should realize that no two interview processes are alike. When Amazon is hiring (or other huge corporation), it can take weeks or months until they see everyone they wanted to see, and until all candidates get through each part of their complicated hiring process. On the other hand, when a restaurant manager seeks a new waitress, they will typically announce their decision right in the interview–because they need you to serve the customers tomorrow, not in two months time…

Of course these are both extreme examples, and the reality of how long you should wait before giving up after an interview lies somewhere in between. Let’s have a look at 4 common scenarios, and some bonus. You should identify yourself in one of them, and then you will know whether it still makes sense to wait, or you should give up, and move on. Or perhaps do something else…

In big corporations, they have exact processes in place for everything–including hiring new employees. The hiring managers and HR generalists are instructed exactly what they should do once the interviews are over. And this typically includes sending all applicants an email within 7 days of their interview, telling them the final result.

Hence if you interview for some typical entry level corporate role, and they did not let you know within 7 days of your interview, the chances are slim that you will sign a job contract with the company. You can still give it a shot and make a follow-up call, because at this point you really have nothing to lose. You should also check your spam folder, because many corporations will send this as a mass message (with hidden recipients), and such messages often do not pass the spam filters.

Things are completely different if you interview for a job in a restaurant, factory, on a construction site or on a farm, or in a grocery store, or in a supermarket. Basically any interview for a job where you do not need some advanced education or special qualification and training.

In these cases, they often tell you right at the spot if you are hired. And if they do not tell their verdict immediately, it either means that they decided not to hire you (but are too “polite” to tell you the truth in a face to face meeting), or they have other candidates coming up for the interviews.

In any case, it is extremely rare to receive any positive news more than 72 hours after your interview for one of these jobs. It can occasionally happen, when originally they didn’t want to hire you, and hoped for some better candidate to show up in the interviews after you. But it eventually didn’t happen, and since they need to keep the production going, they finally decided to give you a chance. If you are tired of waiting and want to know immediately, give them a call, or even walk in and ask.

In smaller places (like retail stores or a restaurants) things are typically way more personal, and much less institutionalized. They won’t feel odd seeing you 48 hours after the interview, asking for their verdict… 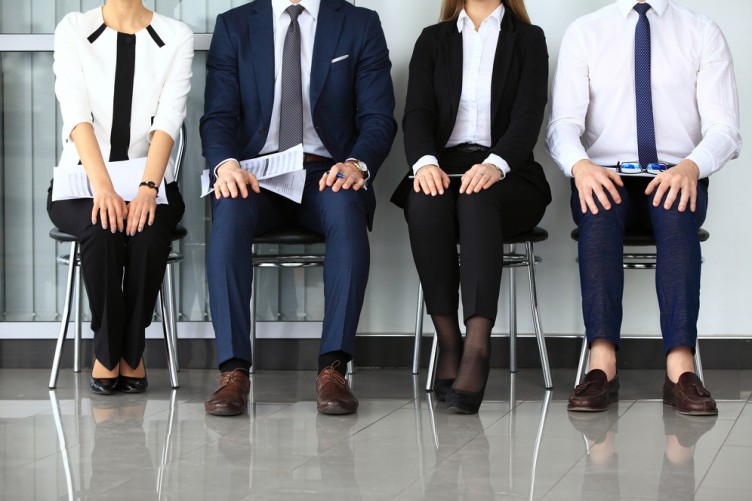 Scenario 3: You bombed your interview

Not every day is Sunday, and we do not show our best in every single interview. Maybe they asked you some uncomfortable behavioral questions, you remained silent, or said something outright stupid. And everything really went to the dogs from then on, and you basically just waited for the end of the interview, the end of your humiliation.

In such a case, it make no sense to nourish some false hopes. If you really bombed the interview, they are not going to hire you, even if you were the only job candidate. They would rather repeat the hiring process from the start, posting new job ads, collecting new resumes, inviting new candidates.

It is important to dream, but sometimes the best thing we can do is facing the reality. If you did terribly in your meeting with the hiring managers, there’s no point waiting for some phone call that will never come…. Time to open your favorite job board, and start sending new applications. And do not forget to prepare for those questions you failed to answer last time over–you may get the same questions again, in another company…

Interview process for senior engineering and managerial jobs follows completely different procedures than hiring processes for other jobs. Many candidates are employed already, holding prestigious roles in other companies. They cannot just all come for an interview on the same day, or even the same week.

What’s more, hiring process often consists of three or four interview rounds, and it can sometimes take a month for a candidate just to go through all the stages (technical interview, assessment center, behavioral-based interview, final interview with the CEO/board, etc).

If you apply for such a position, there isn’t really a reason to give up after your interview, until they tell you that they chose someone else. You can give them a call from time to time, just to make sure the interviews are still going on, that you are still in the game for the coveted job.

Job search is a game of numbers

As a rule of a thumb, I will suggest you to not rely on a single interview invitation. You may have excellent education and experience, and confidence in your interviewing skills, but you never know who else will interview for the same job, and how many people will eventually compete with you. Such things you cannot control.

Instead of interviewing for one job only and then waiting days or weeks for a phone call which may never come–or it comes, but they do not tell you what you want to hear, try to submit at least 20 applications, and get at least 3 interviews.

Not only that more interviews means more chances to do well and eventually succeed. Every interview you go to is a great learning experience, and it will help you to do better in the next one… So, how long should you wait after interview before giving up? You should not wait at all. Continue your job search, send applications, interview for positions. If you do so, a positive response will come, sooner or later…