Interview questions answered: Tell me about a time when you influenced someone else

Many people dream of becoming influencers nowadays. Posting half-nude and heavily edited pictures on their Instagram (or on other platforms), the so called “influencers” often make more money than engineers working for the tech giants in the Silicon Valley, who spend 250+ hours sitting at their computer screens, working on the next big thing… But influencing someone doesn’t necessarily mean posting pictures on some social media platforms. It can also mean encouraging someone with the right words, going by example with an excellent work, helping your subordinate to grow into a leadership role, and simply having a positive impact on someone’s life. And that’s actually what matters for the hiring managers.

Let’s have a look at 7 sample answers to this interesting interview question. You will find both obvious and unconventional choices on my list, and hopefully at least one of the answers will resonate with you. Remember that in nine out of ten cases, interviewers cannot verify the authenticity of your story. As long as it sounds credible and you do not mess up some details, you can tell them whatever you want–even narrating a story that never happened…

Focus on the positive impact you had in someone’s life

We can find many parallels in the workplace. Some autocratic managers take the wind from the sails of their subordinates, and some egoistic managers can actually make others hate their jobs. But this isn’t the form of impact you want to talk about–even if you had such an impact on someone.

Focus on the good things–how you helped someone to make an important decision, introduced them to some activity that helped them improve their health and habits, or how you influenced your manager to make a decision from which the corporation eventually benefited.

* Special Tip: This isn’t the only difficult question you will face while interviewing for any decent job. You may face questions about prioritization, dealing with pressure, making an unpopular decision, and other tricky scenarios that happen in the workplace. If you want to make sure that you stand out with your answers and outclass your competitors, have a look at our Interview Success Package. Up to 10 premium answers to 31 tricky scenario based questions (+ more) will make your life much easier in the interviews. Thank you for checking it out! 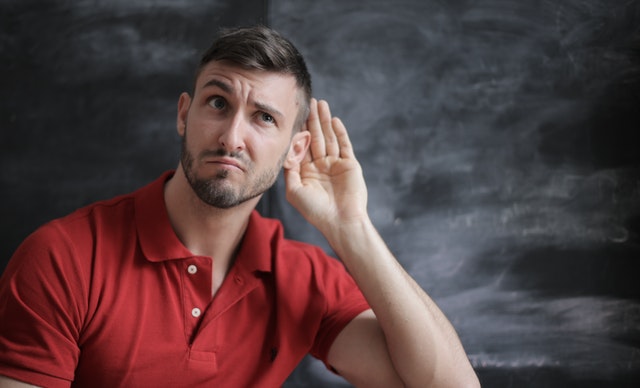 As I’ve already mentioned, hiring managers have no means of verifying the authenticity of your answer. They are not going to call your classmate from high school or one of your subordinates in your former job, just to ask them whether you really influenced them in a positive way, as you claim you did while interviewing for a job.

Having said that, they have other criteria for assessing the authenticity of your interview answers. They may ask you some follow up questions, such as when the situation happened, what was the ultimate outcome, if someone else played the role, and so on. You should think about it in advance.

You can actually prevent follow-up questions by offering details in your initial answer. Give some time frame to the situation. If possible, quantify the results, explaining the impact you had in numbers. Such details give your answer more credibility in the eyes of the hiring managers.

If your interview isn’t going well, you can take a risk with one of the unconventional answers

You will probably get this question in later stages of your interview (just like other scenario-based questions). If things have not gone well up to that point, it makes sense trying to stand out with some unconventional answer–especially when you have nothing to lose.

Why no saying that your philosophy is to have a positive impact on everyone who crosses your way–be it a colleague, a friend, or a homeless guy you pass on the street? Or maybe saying that you are still young and prefer to stay humble and learn from your colleagues in this stage of your professional career. You will find both example on my list (answer no. 3 and answer no. 7).

Each interview is different, and sometimes you have to adjust your answers to the situation. When things aren’t going well, or when you know that other 3o people interview for the same job, it doesn’t make much sense going for the obvious answers. Take some risks, try to stand out, and you may end up with the coveted job contract at the end…