Interview questions answered: Tell me about a time when you had to give someone difficult feedback or deliver disappointing news

Most of us can easily spot flaws with others, however small they are. But we struggle to see our own mistakes and imperfections, be it at work, in relationships, or in any other sphere of our existence. What is more, each human being sees the world through a unique pair of eyes, shaped by everything they’ve seen, and experienced since coming to this world. Bearing it in mind, feedback isn’t only important. It is essential, and we can hardly progress in our endeavors without hearing out what the others think, and have to say to us. That’s why you may face several questions about feedback while interviewing for any job.

The hiring managers may ask you either about a time when you received a difficult feedback, or about a time when you had to give a difficult feedback to someone, or an occasion when you had to share a disappointing news. Let’s have a look at 7 sample answers to the second question right now, which will work well for the third one as well. I tried to include on my list both conventional and unconventional answers, fitting different levels of experience, various interview scenarios, and most importantly, expressing different attitudes. I hope you will find at least one that resonates with you. Do not forget to check also my notes below the answers for additional explanation.

Giving someone a difficult feedback can easily backfire, especially when you do not use the right words. When narrating the situation, ensure the hiring managers that you did your best to not make it personal, to focus on the issue (low performance, bad attitude, not taking care of a certain task, etc), rather than on the person you gave a difficult feedback to.

You can also emphasize that you tried to choose the right words, perhaps you even praised them before criticizing them, because at the end of the day, everyone does at least something well, and we can always balance criticism with praise.

You can also say that you shared the feedback in private, in a one on one meeting. It is much better for the criticized party than sharing the feedback in a team meeting, or directly in the workplace when everyone listens… Show the hiring managers that you do not struggle giving difficult feedback, but always try your best to make sure you won’t burn the bridges with your words, won’t hurt the feelings of the person in question… 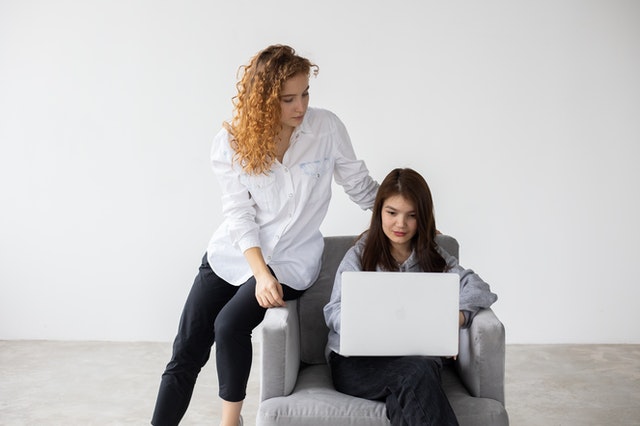 You can give feedback, but also receive a difficult one. You can share bad news, but are also ready to hear and accept such news

Other important thing to mention is that while you do not struggle sharing your feedback, you are also receptive to the feedback from others. You can just add it to your answer.

For example, once you describe a situation in which you gave an important feedback to someone–maybe telling them something they did not enjoy hearing, you can add that you also got some negative feedback from your colleagues (or hope to get it in your new job), and embrace such feedback, because it helps you progress in your work.

Situations from outside of work are always a good choice

When answering any scenario-based question, you do not have to limit yourself with examples from the workplace. Maybe you are just starting your professional career, or simply haven’t experienced a fitting situation in your last job.

Remember that your attitude matters more than the situation you narrate. And you can demonstrate the right attitude talking about any situation.

Ready to answer this one? I hope so! Do not forget to check also 7 sample answers to the following questions: