Integrity in a workplace encompasses several important qualities of an employee. It means being honest with your colleagues, admit making a mistake–instead of blaming someone else for your bad results, doing the right thing for the company–and not the right one for your personal benefit, and simply making moral decision whenever a temptation finds its way to your office, or to your head…

It is an important quality for most employers, and they will try to test it with several questions in an interview, both personal and behavioral. We will have a look at 7 of them in this article. Let’s start!

What does integrity mean to you?

For me it means to do the right thing, always. Not the best thing for my well-being or personal profit, but the best thing for the entire community, environment, human society. That’s how I approach all important decisions in my life. And though it isn’t always easy to overcome my selfishness, I try to do what I can.

It means a lot of things to me. Being able to admit when I am wrong, showing respect to people–regardless of their race, religion, position, praising my colleagues for their good work, taking responsibility for my actions. I definitely have to improve on each of these traits, and that’s what I am trying to do.

* Since this a most popular interview questions about integrity, we have a separate article for it, with 7 sample answers. You can check it out here: What does integrity mean to you?

Tell us about a time when you did the right thing, but eventually suffered some consequences, either in your private or professional life.

It’s easy telling the truth and doing the right things, when we benefit from our activity, or when we are mere observers and what we say or do has little impact on us personally. The situation changes completely when our words will have a negative impact on us. That’s when the real level of integrity shows up. Let’s have a look at a sample answer:

This happened several times, especially when I admitted making a mistake. For example in my last job, we worked as a team. When we delivered the results of our work, it wasn’t clear who contributed the most to reaching the targets, or to the fact that we failed to reach them for the month. But I always tried to be honest, and when I knew it was my mistake, I said so in the meeting with managers. Then of course I got the blame, and did not get the bonus, but at the end I liked my team, and I wanted our results to improve. If we did not identify the culprit, it would be impossible to move forward and achieve better results next time. 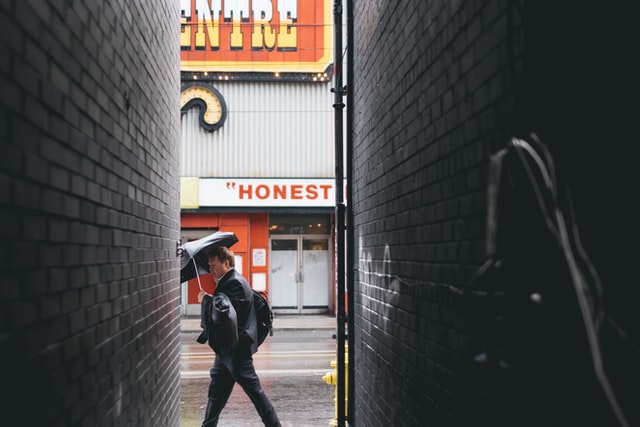 Tell us about a time when you faced ethical dilemma in work.

Ethical dilemmas are all about integrity. Maybe one of the suppliers promised you a nice holiday voucher, or even something better. All you had to do was helping them to win the competition, to become the no. 1 choice for your employer.

And it wasn’t even hard to do, because they trusted in your judgement. If you said that the supplier was the best choice, the company would sign a deal with them. The only problem was that they weren’t the best option. Someone else offered better price/quality ratio.

Another good example is when you could use your position in a company to start an affair with someone. Though you were tempted to give it a shot, you eventually realized it wasn’t the right thing to do, and backed up…

* Special Tip: Interview questions about integrity  aren’t the only tricky questions you will face while interviewing for a job in any Fortune 500 corporation. If you want to avoid “interview headaches”, and finally streamline your preparation for the big day, have a look at our Interview Success Package. Up to 10 premium answers for each difficult interview question will help you stand out in the interviews, impress the hiring managers, and get an amazing offer at the end. Do not miss this opportunity…

Tell us about a biggest failure of your professional career.

This is one a bit indirect, but your answer tells a lot about your integrity. For example, can you recall any failure? Do you accept responsibility for failing? Can you talk openly about the mistakes you made, which eventually resulted in your failure to complete a project, reach some goal, etc? Let me show you how to do it the right way:

My biggest failure was that I had to give up my job in sales, after having it for only two months. We had a nice team, and I liked the working environment, but for some reasons I just couldn’t sell their service. I could not convince myself to see the value for the customer. Probably I didn’t try hard enough. It was not nice from me to benefit from the training program, and leave the company soon after I competed the training. But I learned an important lesson, and from now on I would not apply for a sales job unless I knew and understood the product we would be selling. Of course the entire situation was my mistake. I should have done a better research about this employer, and learned exactly what they were selling. I could have saved my time and their money, but I did not. Well, lesson learned, and it’s time to move on.

Have you ever experienced a situation when you felt it was better to lie to someone?

You may be tempted to say that you’ve never experienced such a situation. Well, that’s the worst thing you can do at this point… First of all it won’t be honest (and for many employers honesty is almost the synonym of integrity). And secondly, admitting that you lied, or perhaps just considered a lie, for example to not hurt someone’s feelings, is much more powerful. Let me show you an example.

I have experienced the situation many times, in both my personal and professional life. Mostly when I did not want to hurt someone’s feelings. For example in my last job I had a colleague who tried really hard, but she just didn’t deliver the expected results. I knew why she failed, but I also knew that it would hurt a lot if I told it to her directly. I battled with it for a while, but eventually decided to tell her, when we were alone, doing it in a sensitive way. While I think that it is sometimes acceptable to tell a little lie in personal relationships, we cannot afford doing that in a corporate environment. Having said that, we do not have to sink a colleague in a team meeting, in front of everyone else, or do something similar, just to win the favor of the managers… It’s about choosing an appropriate moment and convey the message in a right way, to not hurt their feelings. 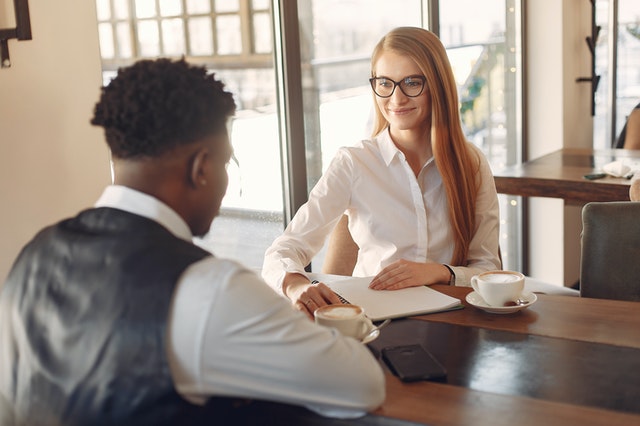 Tell us about a time when you had to comply with a policy you didn’t agree with.

Not every rule makes sense, and not each procedure is the most effective one. Yet there are higher goals we have to keep in mind–public safety, environment, justice. Until you start your own business, or your own country on your private island, you’ll have to comply with some policies, regardless of your position in a corporate sphere. It’s important showing them that you eventually complied. Let’s have a look at a sample answer:

We had a strict no mobile phones and no social media policy in my last job. This was something really hard for me to follow. I must admit I was addicted to looking at my phone and checking my Instagram and Facebook. But I did not realize this until I started to work for the company. It was hard to comply with the rules, but at the end of the day they helped me to beat my social media addiction. I am grateful that the company had such strict rules in place.

* Since this is a popular interview questions in many big corporations, we have a dedicated article for it as well: Tell us about a time when you had to comply to a policy you didn’t agree with.

Describe a situation in which the pressure to compromise your integrity was the strongest.

You can look at this question from different angles. One is when you faced a temptation–to tell a lie, to do something immoral, to break the rules, in order to gain some personal advantage. If you pick such a situation, it should have a happy ending. That means, despite the temptation or the pressure, you overcame the challenge of your integrity, and eventually did the right thing.

The second angle you can look at the question from is when someone challenged your integrity in the workplace. They blamed you from lying, or from hiding something, or for breaking the rules, etc. In that case, you should explain the misunderstanding.

Overreacting is never good, and this situation is no exception. If someone accused you of something which was not true, and challenged your integrity, you simply referred to facts. You did no go into pointless arguments, or blamed them as well. You explained the situation, maintained your integrity, and that was the end of the story…

In my last job my boss accused me of wasting money on business trips. They thought I spent too much on taxi rides, and picked expensive hotels. They said I was taking advantage of the generous budget. It was not true, but I didn’t get offended or start a scene or anything similar. I simply explained to them that the last trip took place in the peak of the holiday season in the location. Hotels cost twice as much as usually, and I actually picked the second cheapest alternative available–which just happened to still cost a lot, because of the holiday season. I also explained them the exact routes I took the taxis for, and the rate local drivers charged… My integrity was challenged, but I kept my composure and solved the situation in a best possible way.